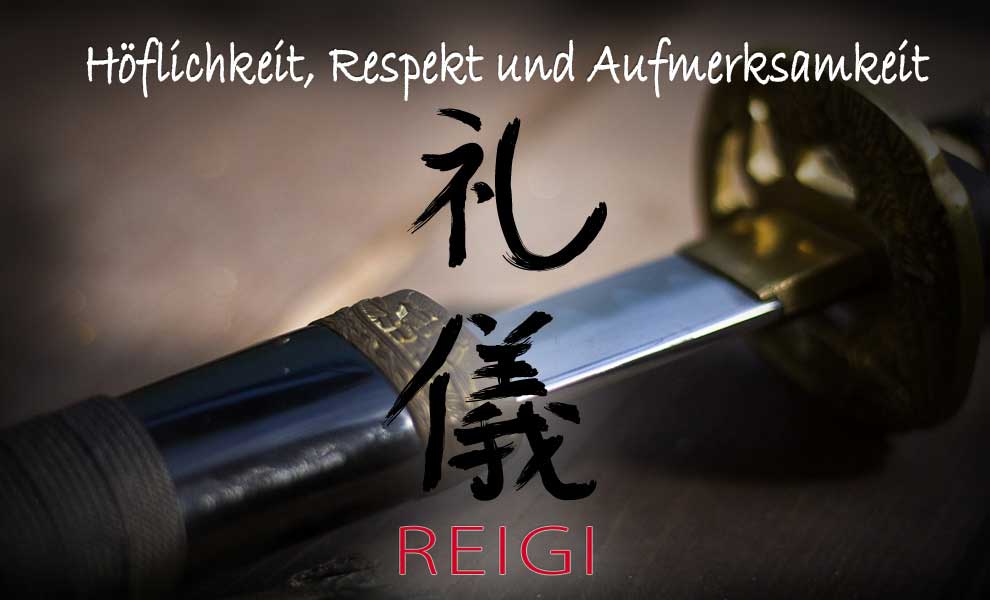 REI: about manners in budo

As a 外人 / が い じ ん (Gaijin) - a person from outside - it is hopefully almost presumptuous to write about the etiquette in the martial arts. It can also be seen as an act of courtesy and respect when dealing with how to meet others in the most correct way possible. The most important thing when performing a respectful performance is that you meet your counterpart with full attention. Not in an exaggerated form, but in a natural way. There are various forms of bowing, the whole is very complex and complicated if you want to do it right. The bowing very generally corresponds to the western handshake. But bowing has much more expression. There are analogies but also differences. Very long handshake comes very close to the frequent bow, it is not "real" and often causes the opposite of the opposite. In particular, the depth of bowing reflects the relationship between the two people who meet. From 15 degrees to the ground everything is possible. The latter is barely practiced today. In contrast to the handshake, which is mainly used for greeting, the farewell and as a thank you, one bows to say please.

What does REI 礼 mean?
Rei is generally translated as etiquette. It also means greeting, bowing, thanks or ceremony. Derived from the kanji, the left part "Shi" means as much as "show, express" the right part "Re" as much as "the second, second class". So should we say through Rei that we are second class? No, it has nothing to do with submission in the strict sense. In an act of politeness we should express respect, that is, that we should not rise above the other, look down on him, but honestly meet him with full attention and humility in modesty. We honor someone, pay respect. There are many forms of this, depending on the situation and context.

What is REIGI 礼 儀?
Reigi is the practice of Rei, the forms and methods of honor, a code of conduct. One could also call it the bow of bowing. Who has bowed wrongly, too often or too little, so to speak, bad manners.

Reisansoke is recommended for all forms of bowing. Three breaths ensure an upright posture. When bending forward, breathe in, exhale at the lowest point of the bow, breathe back to the starting position. In this way, the back naturally stretched and also the head held "straight". It's important how the bowing "looks" to convey the right message. A straight back conveys "respect".

Bowing plays an important role in Rei. Basically bow in 2 body positions: standing (Ritsu-Rei) and sitting (Za-Rei). Basically, it is not advisable to look the other person in the eye, because it could be interpreted as distrust.

In the Ritsu-Rei one should take a straight, upright posture. When bowing, make sure that you bend with a straight back only in the hip without stretching out the butt. The arms and hands are relaxed and relaxed on the side. There are the following forms, which are appropriate depending on the situation:

Also in the Za-Rei, the bowing in sitting, one should have a straight back. There are many cultural reasons, which differ mainly in the depth of the bow and the hand position. The most important forms are:

We use cookies on our website. Some of them are essential for the operation of the site, while others help us to improve this site and the user experience (tracking cookies). You can decide for yourself whether you want to allow cookies or not. Please note that if you reject them, you may not be able to use all the functionalities of the site.